1151
Qty:
Description
Komalavalli Devi Lakshmi Sannadhi is enshrined in Sarangapani Temple  dedicated to Lord Vishnu, located in Kumbakonam, Tamilnadu, India. It is one of the Divyadesams, the 108 temples of Lord Vishnu. This temple is along river Kaveri and is one of the Pancharanga Kshetrams .
History
The temple is believed to be of significant antiquity with contributions at different times from Medieval Cholas, Vijayanagar Empire and Madurai Nayaks.
Importance/Significance
As per Hindu legend, the Vaishnava deity, Sarangapani, an incarnation of Hindu God Vishnu, appeared for a sage Hema Rishi, who performed penance here to obtain Goddess Lakshmi, the consort of Lord Vishnu, as his daughter. Sarangapani is the largest Lord Vishnu temple in Kumbakonam and has the tallest temple tower in the town.
Related Pujas 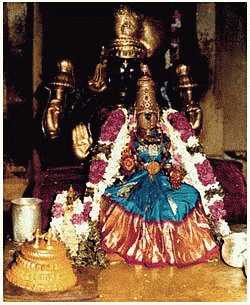 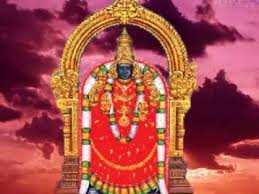